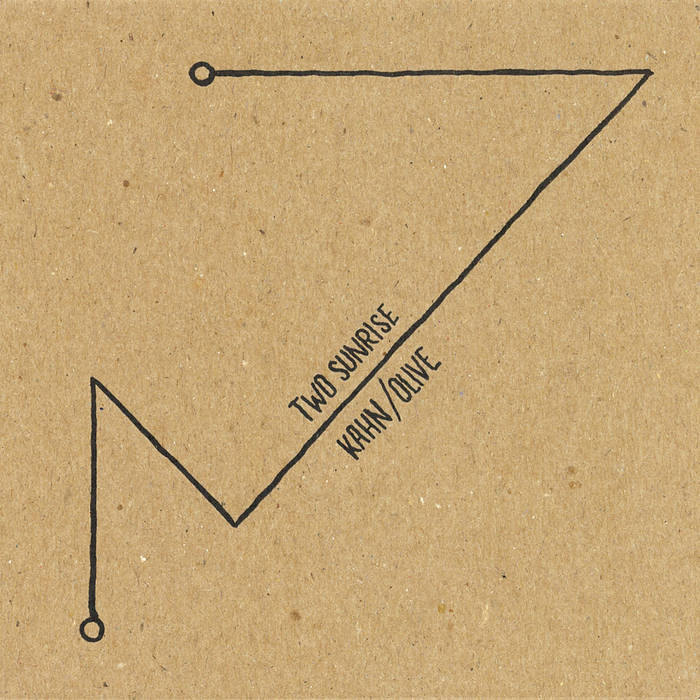 Nick Cain, The Wire:
The first document of this duo for improvised electronics, whose 35 minute running time is both prudently succinct and action packed. The playing is sensitive, busy in a controlled sort of way, crafting choppy discourses for brittle shortwave-style fragmentation, which alight on moments of stillness or structure before diverging into passages of less stable textures. Salvoes of fizzing tones thicken into blanket static, or are sliced into lattices of clipped shards. It’s hard to tell who’s doing what, not that it really matters. One of the two, perhaps Kahn, tends to take on more of a background role, providing rhythmic counterpoint in the form of clanking, metallic sounds, of the kind which could pass for manipulation of objects or acoustic instrumentation, for example a drum kit. The third track takes a freeform turn, disintegrating into an undifferentiated cacophony. The concluding track pulls back, settling on scuttling rhythms and sibilant fuzz.

Dave Madden, Squid’s Ear:
Two Sunrise is a tremendous display of two masters (Kahn’s impressive CV is too large to list; though not as prolific, Olive has ruled my top five albums lists since 2009) at play in the, for lack of a better term, sound sculpting business… Not to be abstract or philosophical, but the most intriguing aspect of these works is the battle and treaties of Kahn and Olive versus their instruments. With Olive’s setup, he is required to breathe life into an inanimate creature that would otherwise make no noise if he didn’t remain lively with CPR, so to speak; Kahn on the other hand is actively working to subdue and ease his agitated patient to a tranquil place. As with every variation of musicians these two work with, the combination here is wholly unique and fresh, like getting to know someone should be.

Ed Pinsent, The Sound Projector:
On the three studio pieces, the duo present an experience not unlike a phantom radio station which is broadcasting signals from Planet Metallo, an as-yet-undiscovered sphere in the cosmos which is populated by odd-looking men made of zinc who evidently spend most of their time dragging recycled office desks from one corner of the room to another… nine days later the duo found themselves playing at an event in Osaka, and the results are captured and printed here: already an audibly more confident and assured performance from both, and characterised by many exciting textures and wild bursts of controlled noise. As ever with anything where Olive is involved, there’s a genuine sense that the music is being explored and invented in real time, rather than professional improvisers simply trotting out their well-worn tics and phrases. Fab!

Recorded in the autumn of 2012 in Japan, “Two Sunrise” is a document of the first meetings of Jason Kahn and Tim Olive. Tracks One to Three were recorded in a studio session in Kyoto on September 27; Track Four was recorded at a live performance in Osaka on October 6. These four untitled pieces are eventful and intricately structured with a distinct developmental momentum. Chosen from several hours of recordings, minimally edited and sequenced for maximum impact, “Two Sunrise” highlights both the melding and divergence of Kahn’s analog electronics and Olive’s one-string magnetic pickup device, shaping an active, thoughtful and somehow organic real-time electronic music.