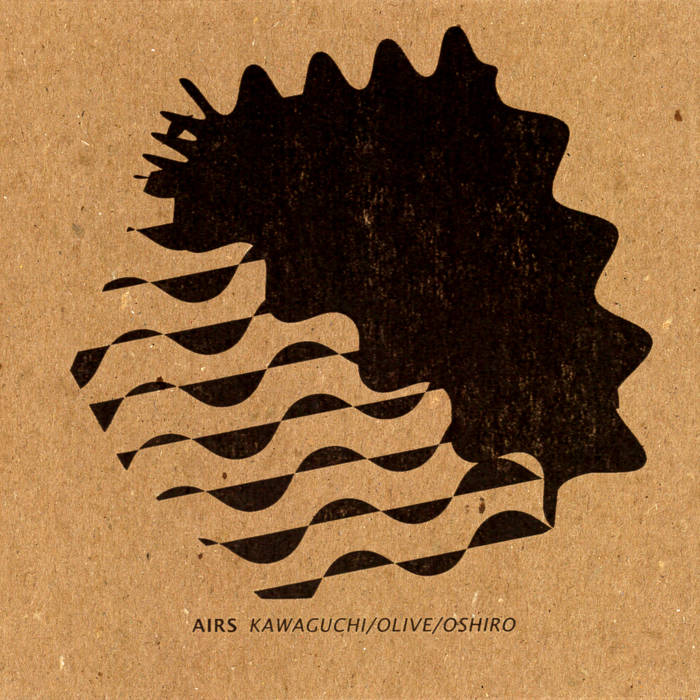 Brian Olewnick, Just Outside:
All three musicians have done very fine, very exploratory work in the past, so there’s an extra level of appreciation for this set of quiet, relatively friendly tracks that make great use of silence, quasi-rhythmic elements and occasionally gentle, near tonal sounds, all combined to produce that feeling of ineffable structure that might be thought of as “song”. How this happens, I’ve no idea. True, the sounds themselves are less harsh that you might expect though there’s plenty of edge and rawness in, say, the opening metallic scrapes on the first track or some soft groans on the third, but they’re deployed in such a patient manner and spaced so well that they’re somehow capable of being interpreted as sung verses. As well, there tends to be either some spare sustained tones weaving through the mix or thin percussive ones.. These provide sequences of ticks or clicks that help form a (temporary) framework of sorts, rickety here, more solid there. The basic calmness in effect throughout, gently accented by these merest nods to wisps of tempi and melody are more than enough to impart that songlike feeling. That and the unhurried but flowing deliberateness. I’m afraid I’m doing a poor job at communicating how this music actually sounds but maybe that’s the nature of the beast. Just try it–it’s unique, wonderful and oddly adventurous in its (very) partial reversion to form.

The title “Airs” refers to the meaning of the word as a tune or a song, more broadly interpreted as a composition. The four pieces here are all “compositions” in the sense that they all use pre-chosen general guidelines related to form, time, sound sources and density. The plural form is used because there is more than one “song”. The pieces were recorded live in a studio in Tokyo, mainly with microphones (relatively little direct signal), so there is also the element of “air”, the sound and atmosphere of the room. And of course all the attractive idioms such as “putting on airs” and “hot air”…